What is an umbilical hernia?

An umbilical hernia is a type of hernia, which refers to when part of the internal organs protrude through a weakness in the surrounding cavity.

In the case of an umbilical hernia, abdominal fat or part of the bowel passes through an area around the navel. 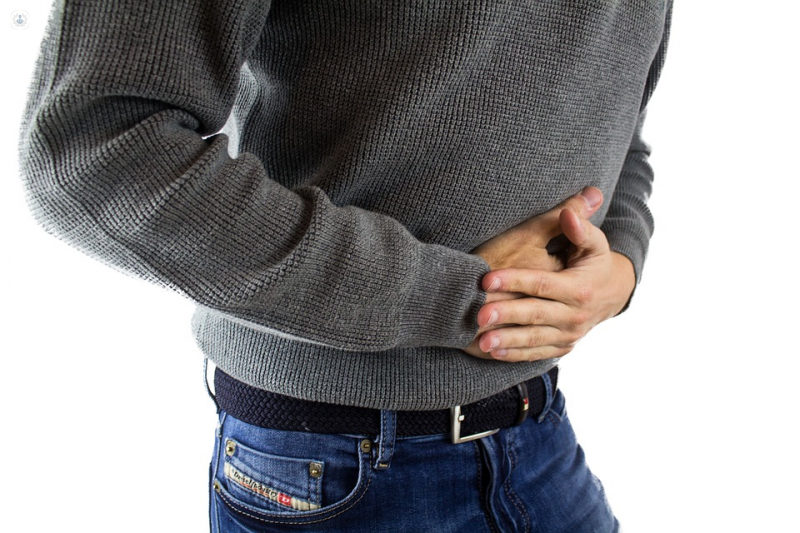 What are the symptoms of an umbilical hernia?

Umbilical hernias are very common, particularly in babies and are characterised by a bulge around the navel that might get bigger when laughing or coughing. They are usually painless in infants and children, however, in adults who develop an umbilical hernia, the swelling may also be accompanied by pain and discomfort.

What causes an umbilical hernia?

How can an umbilical hernia be prevented?

There is little that can be done to prevent umbilical hernias at birth, however, there are certain risk factors for adults. Anything that increases pressure in the abdominal cavity, such as obesity, straining while moving or lifting heavy objects, a persistent heavy cough, ascites (fluid in the abdomen, and having multiple pregnancies (i.e. twins, triplets, etc.), can increase the risk of an umbilical hernia.

What is the treatment for an umbilical hernia?

In most cases, it is advised to wait until a child has reached four of five years of age to see if the hernia disappears before considering surgery, except in cases where the hernia is very large or there are other complications.

In most adults, umbilical hernias are treated with surgery to push the abdominal tissue back into place and seal the abdominal wall. Complications can include obstruction where a section of bowel gets stuck outside the abdomen and can cause nausea, vomiting and pain and discomfort. Strangulation, whereby the blood supply to the section of bowel forming the hernia is cut off, is a potentially serious complication and needs emergency treatment to prevent the trapped tissue from dying.

Any cookies that may not be particularly necessary for the website to function and is used specifically to collect user personal data via analytics, ads, other embedded contents are termed as non-necessary cookies. It is mandatory to procure user consent prior to running these cookies on your website.